Austin ISD Board of Trustees 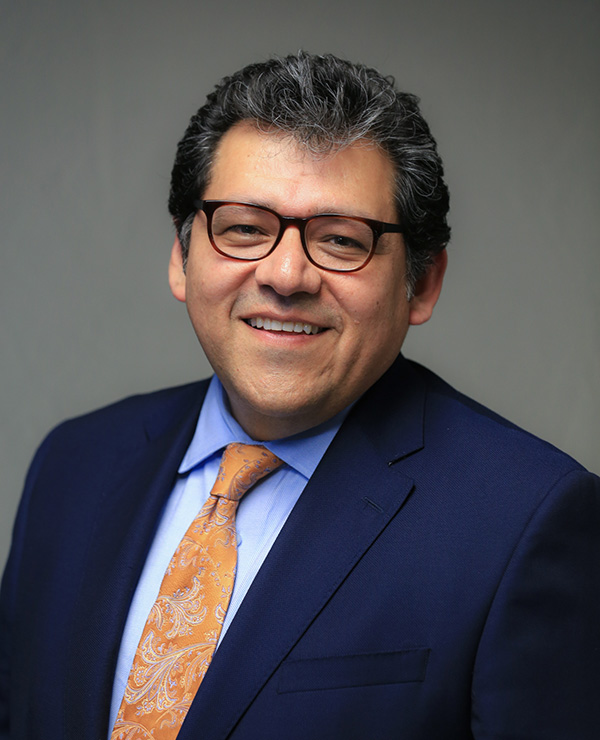 Geronimo Rodriguez was appointed to the AISD Board of Trustees on June 12, 2017, to represent District 6 and was elected vice president by his fellow trustees on June 26, 2017. He was elected president by his fellow trustees on May 21, 2018. He worked as a farm worker with his parents and attended high school in the evenings. Mr. Rodriguez understands and promotes the philosophy of expecting every child to graduate from high school ready for college, career, and life. 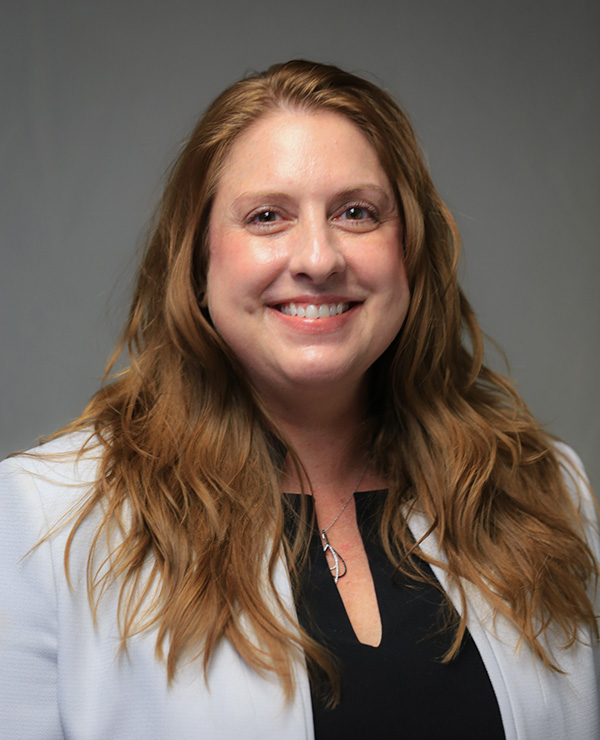 Cindy Anderson was elected to the AISD Board of Trustees in November 2016. She is originally from the Midwest and graduated from Indiana University with a bachelor's degree in East Asian Studies and French, and minor in Linguistics. She is a 20-year Austin resident and the proud mother of two, a 2015 AISD graduate and a current AISD high school senior.

Cindy's professional experience includes teaching English as a Second Language in Japan and working as a legal assistant in multiple law firms before transitioning to the insurance industry. Cindy spent six years at Allstate Insurance Company, first as a Casualty Claims Adjuster before being promoted to Unit Claim Manager and then to Casualty Process Expert.

She began her volunteer career as a member of the PTA at Lee Elementary School and served as PTA secretary and vice president, and designed and managed the school's first campus website. As her children transitioned to middle school she served as Fulmore PTA president and treasurer and on CAC, both as a member and parent co-chair. 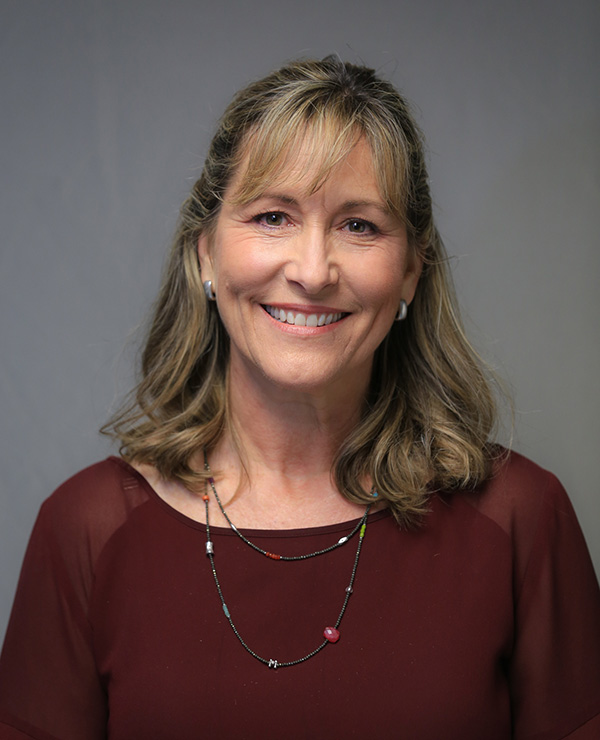 Amber Elenz has served on the board since November 2012. In 2018 she earned the designation of Master Trustee after completing a yearlong leadership training offered by the Texas Association of School Boards (TASB). She was elected to the alumni board of LTASB following her graduation. In addition, Amber currently serves as the board’s Secretary. Over the years, she has served as Vice President of the Board, Vice President of the Central Texas School Board Association (CTSBA), Delegate to the TASB convention, Chair of the board’s Audit and Calendar Committees, a member of the board’s Policy and Communications Committee, and the board’s representative to the District Advisory Council, Austin Partners in Education Board and the City of Austin’s Mobility Transformation Advisory Committee.

Amber has actively volunteered throughout schools in Austin for more than two decades. In 2010 she was elected president of the Austin Council of PTAs, the largest districtwide parent-teacher advocacy association in the state. During her two-year term, she led its 18,000 members into compliance with the Texas PTA by increasing council membership, improving leadership trainings and empowering parents and teachers to advocate for the specific needs of the children at their schools. She is a 2011 graduate of AISD UpClose and has served on the District Advisory Council, the Campus Advisory Councils at multiple schools’ and as the PTA president at both Bryker Woods Elementary and O. Henry Middle School, which won PTA of the Year during her tenure.

Trustee Elenz champions efforts to improve reading instruction at every school in Austin by using scientifically proven techniques and curriculum for struggling readers, including those with dyslexia. She also advocates for authentic implementation of student, parent and community voice and works consistently to strengthen the district’s approach to educating the whole child and empowering each child to discover a passion for learning.

After graduating from the University of Texas with a major in Plan II (an honors Liberal Arts program) with a concentration in broadcast journalism, Amber spent five years as a journalist working at CNN-Headline News in Atlanta, NBC Television in Waco, NBC Radio in Houston and FOX News in Chicago. Once in Chicago, she pursued her master’s degree in management from the J.L. Kellogg Graduate School of Business at Northwestern University, where she graduated with honors with concentrations in marketing, finance and organizational behavior. She has worked professionally in marketing and finance at Rice University and United Airlines.

Amber began volunteering throughout the community when she moved back to Austin in 1996, contributing time and energy to the Covenant Presbyterian’s Preschool Board, Tarrytown Methodist Church, the Texas School for the Blind and Visually Impaired, the Ronald McDonald House and The Junior League of Austin.

Trustee Elenz is married to Dr. Douglas Elenz and is the mother of two Austin High School graduates, one of whom graduated from NYU Tisch’s drama program, while the other pursues a Media Strategies degree from Texas Tech University. Amber currently serves on the following Austin ISD boards and committees: Board Operations, Internal Audit. 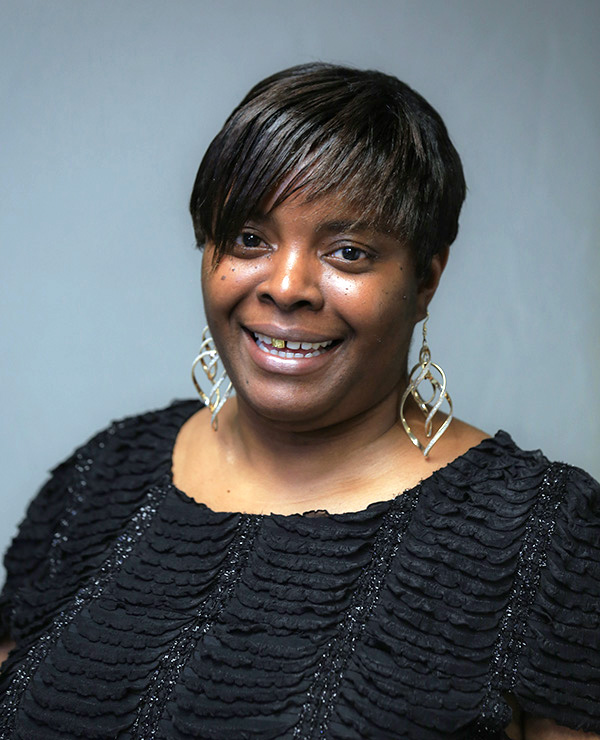 LaTisha Anderson, a native Austinite, attended Austin ISD schools, including Austin, Lanier and Austin high schools. She currently works as a caregiver for the elderly and is the parent of one child. Her child is currently enrolled in an AISD school.

She also worked with the district to host the African-American Parent Involvement Conference, which encourages family participation in their child’s schools.

Ms. Anderson has also served on several of her child’s PTAs and volunteered as a commissioner for the African-American Resource Advisory Commission for the City of Austin. 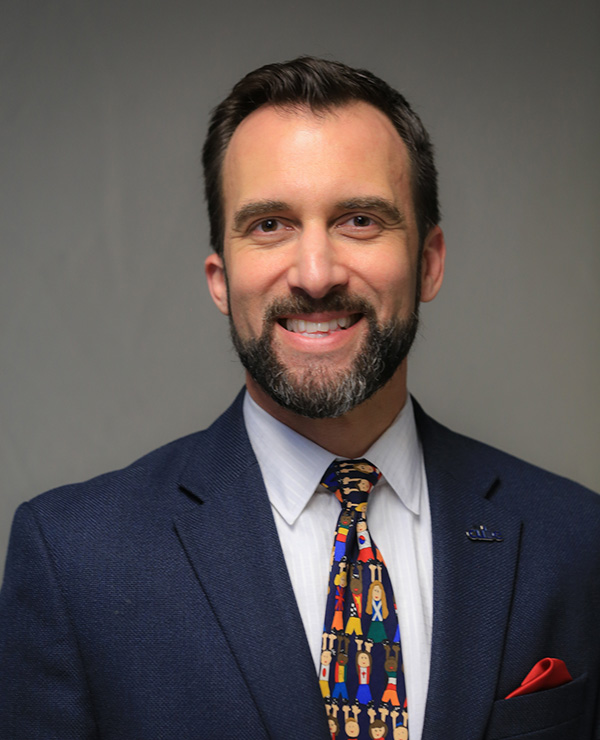 Dr. Mathias' passion for education spurred him to co-found three learning centers in East Austin, including La FUENTE Learning Center, which has hosted the District's DELTA program since 2003. Previously active in various neighborhood associations and on numerous boards, he presently serves on such boards as the Blackland Community Development Corporation, The New Journalism Project, The Child-Friendly Faith Project, the St. John XXIII Theological Institute, and TEXTESOL.

Dr. Mathias has been active in the Board's Officers Committee, Intergovernmental Relations Committee, Ad Hoc Historically Underutilized Businesses Subcommittee and the Joint Subcommittees with the City of Austin and Travis County. A member of the Leadership TASB Class of 2015, Dr. Mathias has participated in the Texas Institute for School Boards and has twice represented the Austin ISD at the annual delegates assembly of the Texas Association of School Boards. He currently chairs the Board's Calendar Committee.

A champion of LGBTQ issues, Dr. Mathias is married to Luyao Anthony Tang.

Trustee Mathias serves on these Board committees:  Policy, Texas School Board Association Board of Directors, Council of Urban Boards of Education Steering Committee 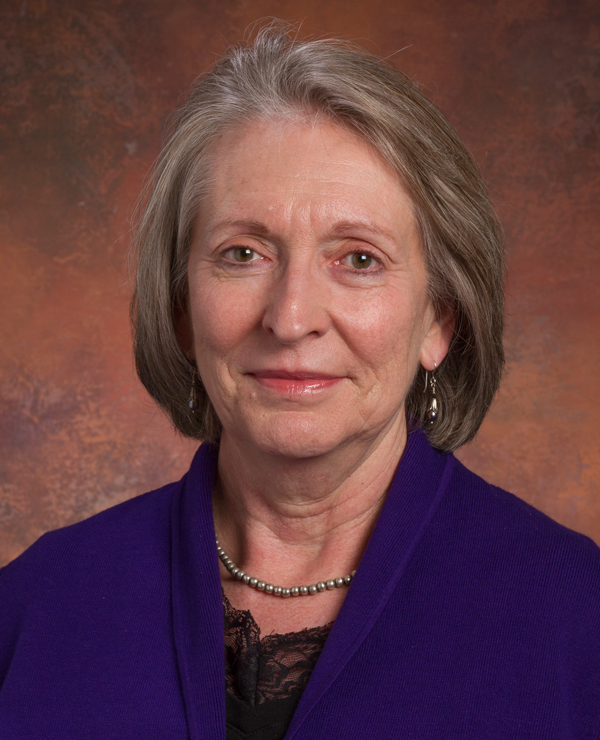 Ann (Hardeman) Teich was elected to the Austin ISD Board of Trustees in 2012 and re-elected in 2016. She represents District 3 (the Navarro/Lanier Early College High School Family of Schools and Riley and Ridgetop Elementary Schools and the to-be-built Northeast Middle School). She serves on the Internal Audit Committee, the Policy Committee, the Austin Planning Commission, and the CAN (Community Advancement Network) Board.

Mrs. Teich is a 1970 graduate of Lanier High School, received her BA from Southwestern University, and attended graduate school at the University of Texas-Austin. She was a language arts teacher in AISD for 27 years at Porter Middle School (now the Ann Richards School for Young Women Leaders) and served as a substitute in Austin middle and high schools for 7 years after retiring from full-time teaching.

Mrs. Teich has been active in the North Austin Civic Association for 14 years, serving as vice president for 3 years, and participates in the Navarro/Lanier ECHS Community School Alliance; NACER (www.nacer.org) Action Network; the Restore Rundberg Revitalization Team (https://www.austintexas.gov/department/about-restore-rundberg); READ Alliance (https://www.readallianceaustin.org/); and Austin Women in Housing. She served on the Austin Anti-Displacement Task Force and currently serves on the ECHO (www.austinecho.org) Membership Council and the Administrative Board of First United Methodist-Austin Church. She was a mentor to AISD students through the Seedling Foundation for 11 years and tutored students in reading through Austin Partners in Education for several years. Her hobbies include playing English hand bells at First United Methodist Church and reading historical and science fiction. Mrs. Teich is married to Randy Teich (Reagan 1971), and they are the parents of Lilly Teich Whitten (McCallum 2003) and Alex Teich (McCallum 2005). She has three grandchildren, all future AISD students. She can be reached at annteich@austin.rr.com .

Trustee Teich serves on these Board Committees: Policy, Internal Audit 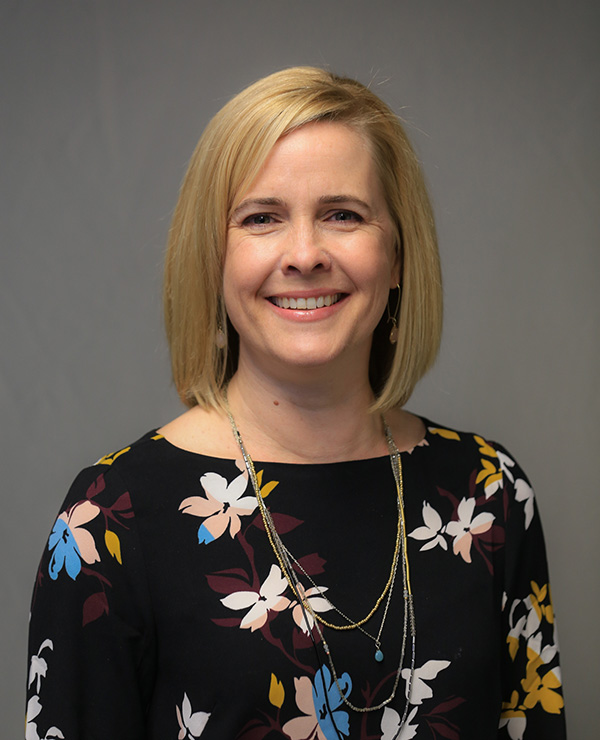 Kristin Ashy is a career educator and parent of two AISD students. She attended the University of Texas at Austin, earning a bachelor's degree in child development and family relationships, and a teaching certificate in special education.

Ashy taught Pre-K for more than 20 years and has been an active AISD volunteer. She has volunteered in her children's PTAs, served on CACs and served on the Facilities and Bond Planning Advisory Committee. On the FABPAC, she was the Community Engagement Subcommittee Chairwoman. 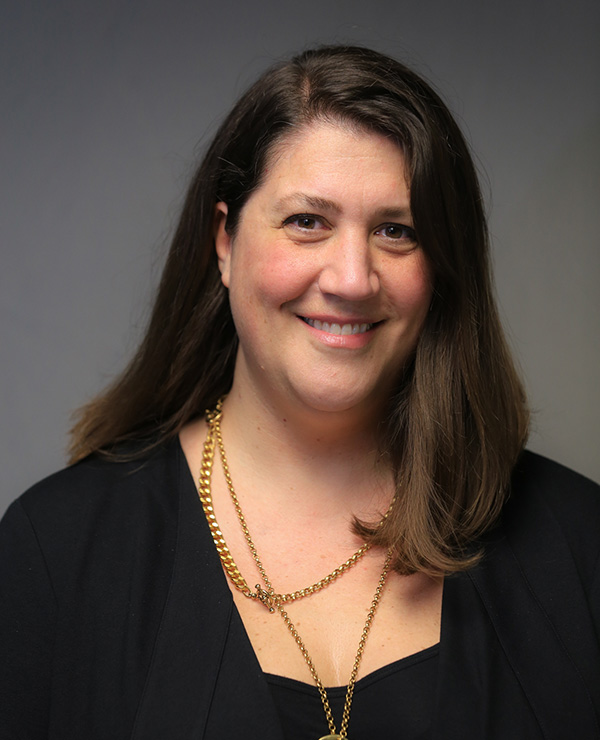 Ms. Wagner and her husband have two children enrolled in the district. As an Austin resident for more than 20 years, Ms. Wagner has been active in her community by advocating for women and families through extensive involvement with nonprofit organizations. Her volunteer efforts with AISD are a natural extension of that community commitment.

Ms. Wagner’s involvement with AISD through serving on the Boundary Advisory Committee and participating in the UpClose program have helped her understand the evolving demographics of our city and the challenging issues of over- and underuse of facilities. Ms. Wagner has served on the Kiker Elementary School and Gorzycki Middle School PTA boards and has represented the schools as a delegate to the Bowie Vertical Team and Austin Council of PTAs.

Ms. Wagner serves on these Board committees: Audit, Board Oversight Committee on Excellence through Equity, Diversity and Inclusion, Community Action Network, and Facility and Bond Planning Advisory Committee 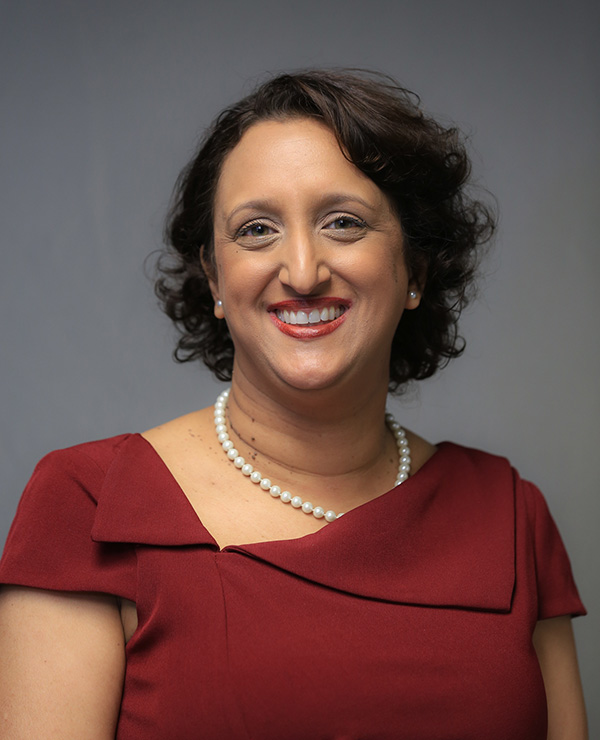 Arati Singh (pronounced “Art-thee Sing”) was elected to the board in December 2018 and is the first Indian-American to serve on the Austin ISD school board. Arati started her career as a bilingual fourth-grade teacher in the Rio Grande Valley, and for 20 years has secured funding for, designed and evaluated college access and STEM programs at universities and school districts throughout the country.

In 2018, Arati received the PTA Honorary Life Award for her legislative advocacy work for school finance reform. As a member of the Texas PTA advocacy committee, she has testified several times at the state Capitol for more school funding, and mobilized hundreds of AISD parents for school finance reform as the Austin Council of PTAs advocacy chair. In 2015, under her presidency, Oak Hill Elementary School’s PTA won a National PTA School of Excellence award, one of only 11 in the state, for its grassroots outreach to Spanish-speaking families.

Arati has five technology-related patents to her name. As a mother with two children in AISD (including one who has started a social movement fighting online sexual harassment), Arati understands that kids should love learning and feel safe in schools.

Arati, her husband, and daughters live in southwest Austin. She is honored to serve as a school board member and fight for educational excellence and equity for every child in Austin ISD.