Eight Austin ISD high school students from across the district received the highest award, the Gold Seal, for their artwork at this year’s Visual Arts Scholastic State event held in April.

The Texas Art Education Association sponsors the Visual Arts Scholastic State Event (VASE) each year at the end of the VASE season.
Artists from 20 regions across the state compete in regional VASE events and the top ten percent of work from each region travels to San Marcos for the state event on the last weekend of April.

These students brought home the highest possible rating at the state, a V (5), earning themselves Gold Seal honors.

In all, 21 teachers representing ten campuses took 82 students and 95 pieces of art to the event.

The mission of the TAEA Visual Arts Scholastic Event (VASE) is to recognize exemplary student achievement in the Visual Arts by providing art students and programs a standard of excellence in which to achieve. 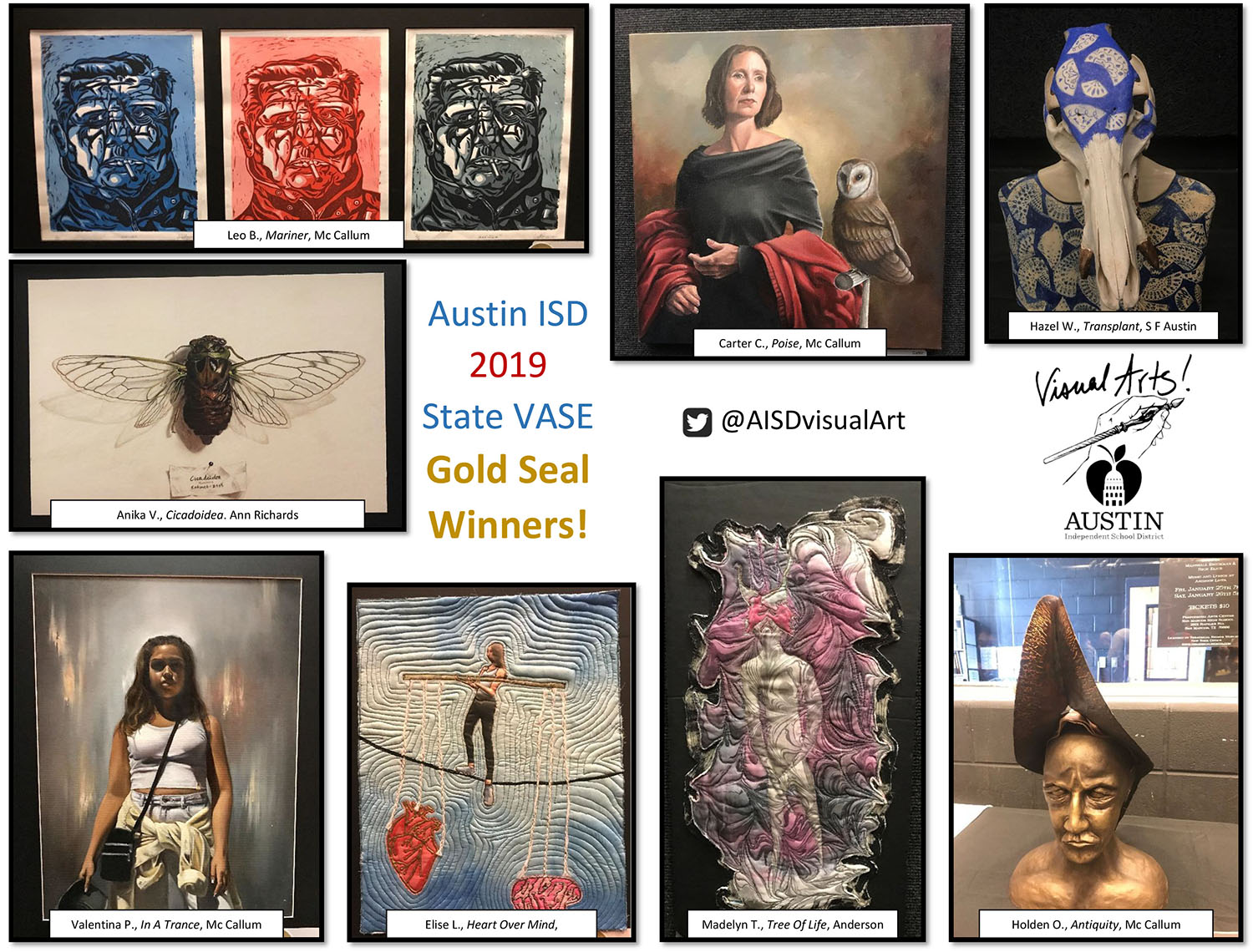