One Austin ISD student is truly reaching for the stars.

Liberal Arts and Science Academy student Sam Christian placed 10th overall in the 80th Regeneron Science Talent Search. The science and mathematics competition is the nation's oldest and one of the most prestigious awards for high school seniors.

Christian received a $40,000 award for his research looking at data from numerous observatories and NASA’s TESS telescope to identify and observe movements of planets in 69 wide binary star systems, which are twin star systems spaced up to a light-year apart. He showed that the orbits of these exoplanets align to a great extent with the orbit of their binary system. His findings, when applied to a larger sample, could shed additional light on how planets are formed and evolve.

“One of the things on why I got into this teaching gig has been to interact with kids that have a passion for discovery and not being afraid of being wrong,” said Chin. “Discoveries happen when you drop those fears of failure and pursue the experiments. Sam is one of these kids that isn’t afraid of failure but pushes forward from failure to success and I am proud to have been his teacher.”

He says it was an honor to receive the award but the best part was the friendships he made along the way.

"It was an honor to get 10th place, a level I have dreamed of achieving throughout high school,” said Christian. “However, the best part of the entire experience was not the award at the end but the many friendships I made with fellow finalists over the week.”

His willingness to never give up and pursue his passions is an extraordinary accomplishment in itself. We are very happy for Sam and can not wait to see what he does next.

For more information on Christian and his project for the 80th Regeneron Science Talent Search please visit www.societyforscience.org. 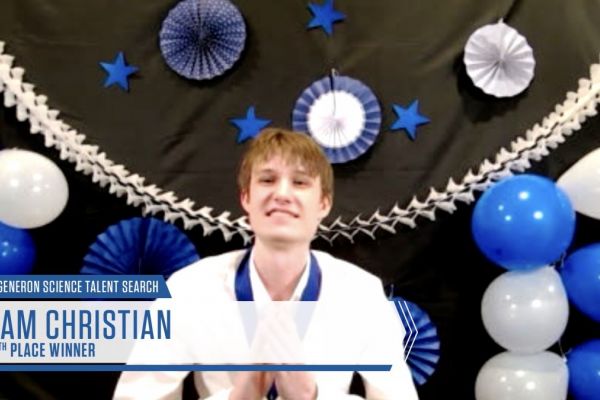 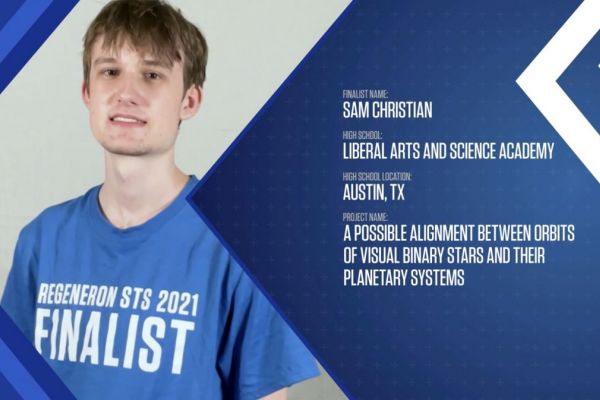