Families, staff, students and the community came together at Mendez Middle School last week for a special family night.

The unveiling of a mural dedicated to Diana Castañeda, a longtime trustee and Dove Springs community member who dedicated her life to education, was revealed in the cafeteria to her family members, Mendez students and staff.

The mural, painted by local artist Brian Joseph on the far left wall in the school cafeteria, features seven children dancing together. Each child is painted with a different color and with no facial features, to represent diversity in the Austin community.

“Diana was very active in this community and a big promoter of education. I had a gallery on Sixth Street and she would come in and talk to me about art and we really connected,” Joseph said.

Joseph said he was passionate about the mural representing Castañeda’s energy and spirit, and said he worked hard to bring that to life.

“I wanted the mural to really dance off the wall and join the kids,” he said. “Every day, they come to the cafeteria for lunch and it's very energetic and I wanted to bounce that energy off them and put that in the mural. She would have liked that.”

Castañeda was the great-niece of Consuelo Mendez, after whom the middle school is named.

She was the first Latina elected to the Austin ISD Board of Trustees. She joined the board in 1992 and spent her life working for her community.

She was an advocate for women's rights and was involved in school and city politics, co-founding several neighborhood political groups that supported low-income women in Austin.

Castañeda was also a major advocate of diversity and equality.

“Diversity was important to us, and in this mural, there are no facial features because you don’t have to be good-looking or a certain color to be happy. You want to show happiness with movement,” Joseph said.

Mendez Principal Joanna Rowley said that Castañeda would have been very proud of this moment.

“She would have been so happy,” Rowley said. “She was well rounded in the subject area of education. She was an Austin ISD board trustee for many years, so she was always a voice for education, especially for students in the Dove Springs area.”

Rowley said the mural will be a reminder of Castañeda and her dedication to the community and the students.

“We wanted to continue her legacy at Mendez, and this beautiful mural will always be a reminder of her life and her service to our community,” she said. 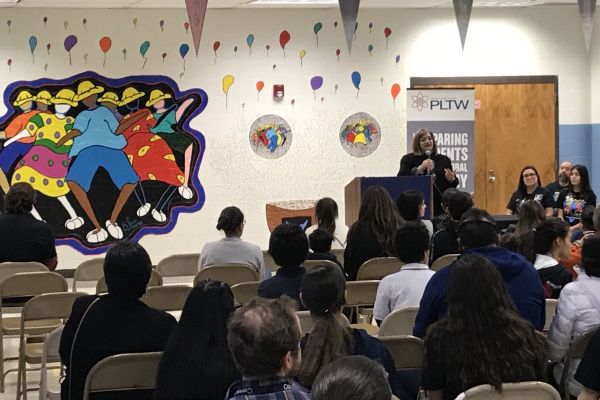 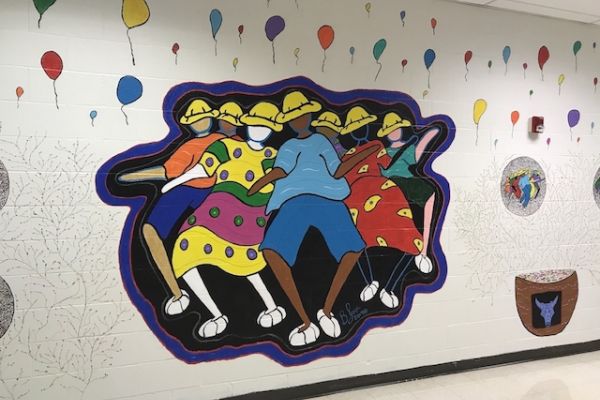 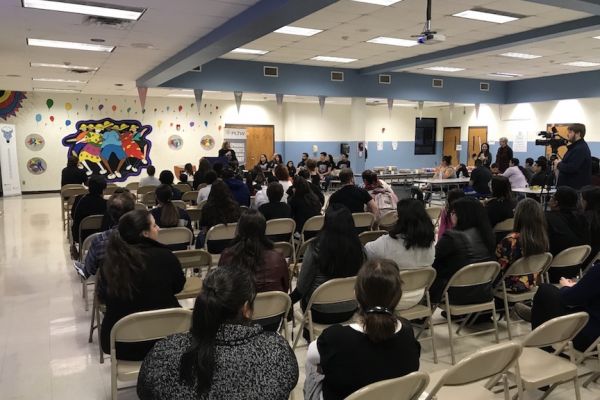